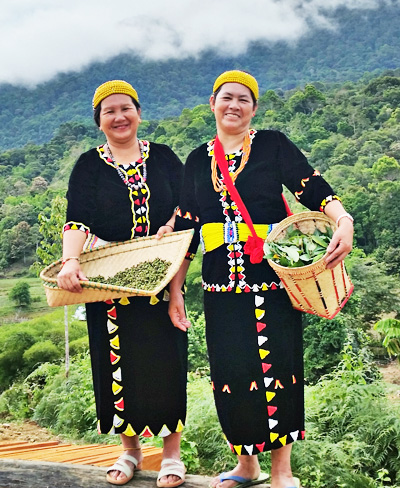 Deep in Long Semadoh, approximately 4 hours away from Lawas by car, lies the beautiful village of Long Telingan. Located 1,700 to 2,200ft above sea level, with temperatures between 20°C and 30°C during the day and could go to around 15°C at night, the village is home to the Lun Bawang community.

An indigenous tribe belonging to the Orang Ulu group, the Lun Bawang of Long Telingan are mostly farmers. Besides tending to their farms and vast paddy fields as well as rearing livestock, they also do some fishing and the occasional hunting. They live in houses that are built separately instead of longhouses or other communal dwellings.

Journeying to Long Telingan would involve travelling across a river with depths between 3 and 4 feet. But the clear, cool river and crisp air are what make the trip to Long Telingan ever so memorable.